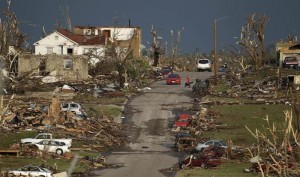 I have been amazed at the magnitude of earthquakes, tornadoes and other catastrophic events that have devastated areas around the world. Japan’s recent earthquake and subsequent tsunami are of a scale that is mind-boggling.  Recently the American Midwest was hit with a series of tornadoes. These tornadoes tore through towns and fields leaving a wake of devastation. My family who lives about 70 miles south of Joplin report it has been a series of non-stop, rolling thunderstorms and tornado warnings the past couple of weeks. Mine and my family’s thoughts go out to those families whose lives have been devastated by these tragedies.

As I watched the news reports my mind was turned to an innovative project we are developing for GeoCove. Recently, GeoCove’s CEO, Karyn Tareen approached us. Karyn was interested in creating an iPhone/iPad application that provides the ability to conduct accurate damage assessments following the aftermath of catastrophic events. While the application is still in final development recovery teams could use the GPS, GIS enabled application to determine the extent of the damage to the respective communities and ensure the proper response teams are deployed 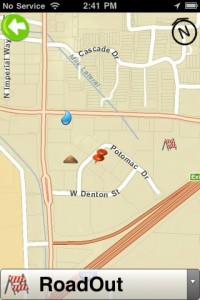 Disaster assesments with an GPS, ESRI and an iPad

In designing the app, one of the key things considerations is offline capability.  On a disaster site, it is likely there will be no cellular or internets signals available. In short, the application has to work in a disconnected mode. In addition, integration with ESRI mapping is a key element to providing an insightful Geo-Spatial representation of disaster impacted areas.

It’s fascinating to watch the combination of GPS and Geo-Spatial enabled mobile apps revolutionize disaster recovery efforts. These days, disaster crews are now able to gather critical data, pinpoint the exact location so flooded areas, downed power-lines, road hazards, and other disaster related problems, and synchronizing all of this critical information to hosted cloud servers. Centralizing the information on cloud servers allows decision makers to make efficient decisions for response team deployment. Furthermore, these teams are better able to create documentation for disaster declarations. Declarations ultimately headed for entities like the Federal Emergency Management Agency (FEMA) and the Small Business Administration. Considering the difficulties disaster victims have had with accurately identifying their losses to these agencies, and ultimately collecting or defending their collective grants, this kind of information is critical to post disaster recovery efforts.

I’m continually amazed to see how the right combinations of technology, mobile, GPS, GIS and cloud computing can have a positive impact amidst challenging situations.